How do people live in an occupied country? Joe Sacco, cartoonist and jounalist, recounts it in his book Palestine, which collects the accounts of his journey between 1991 and 1992.
The book is a classic example of graphic journalism, where the journalist sometimes tends to disappear from the narrative in favor of the story in subjective account of the lives of the characters in refugee camps, unbearable obligations, poverty, violence and humiliation.
Sacco’s work has made the situation that the inhabitants of Gaza live every day accessible to all. By choosing the medium of the comic, the author managed to reach a different audience than those used to inform themselves through newspapers or news.
For us at RAM, it was very important to deal with this fundamental volume for the graphic jurnalism world. Since the graphic characteristics of the letteringare fundamental and characterize the whole work of the author, we created fonts that could recreate the unmistakable trait of Joe Sacco. We also took care of the titles and all the graphic adaptations needed to give this new edition all the possible quality.
For the type of work done and the commitment that such an important volume required, we worked in a team, combining our specificities and skills to make the work as faithful as possible to the author’s project. 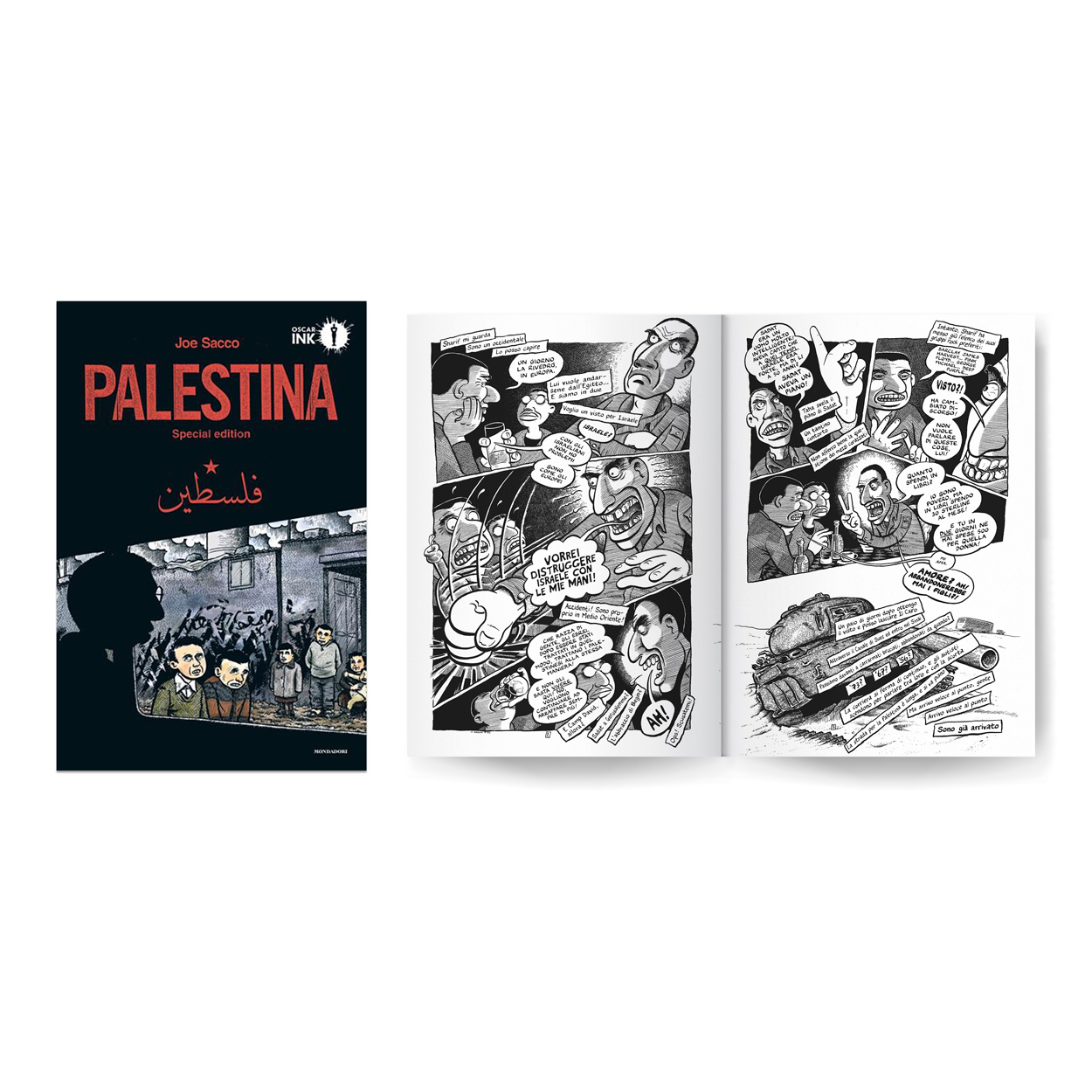 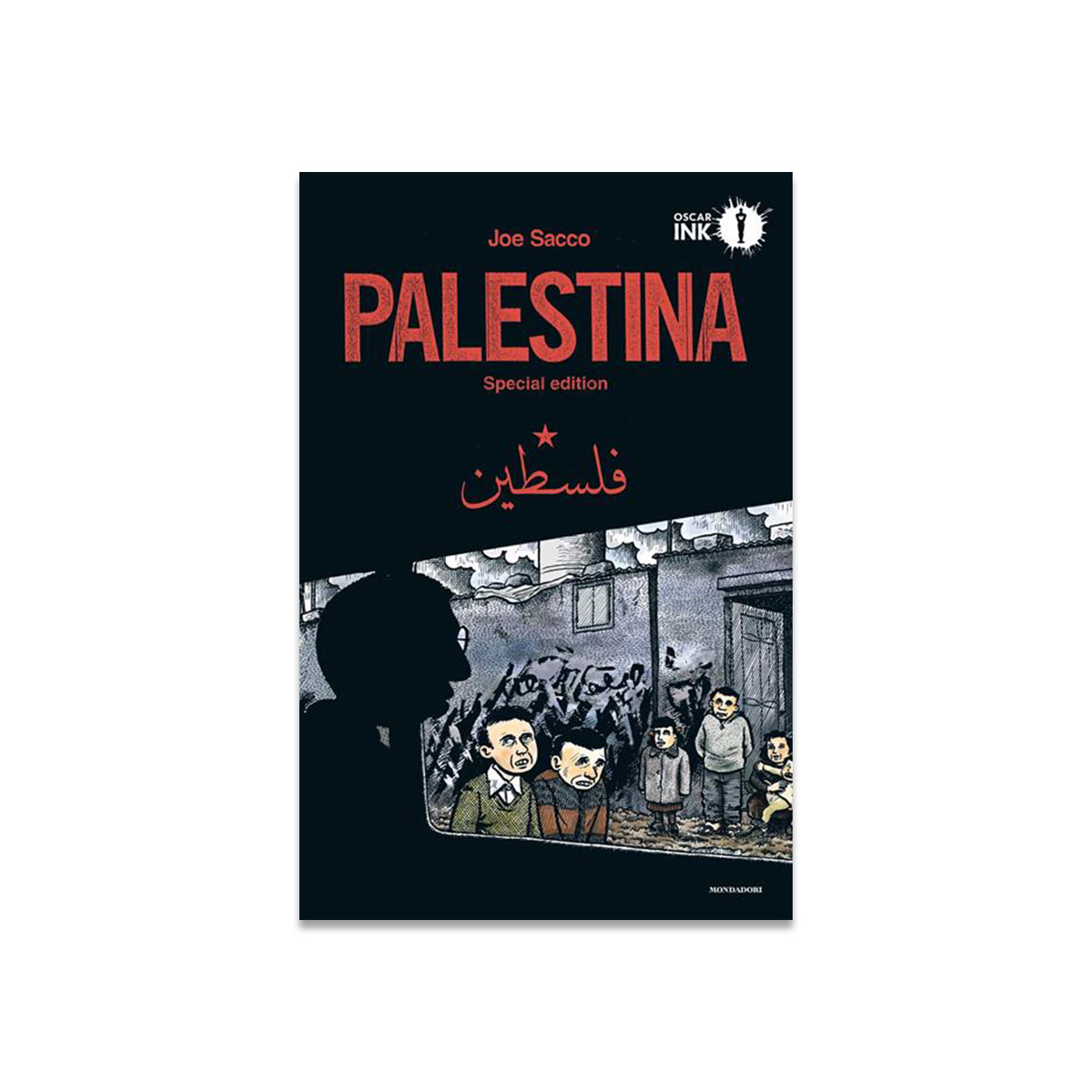 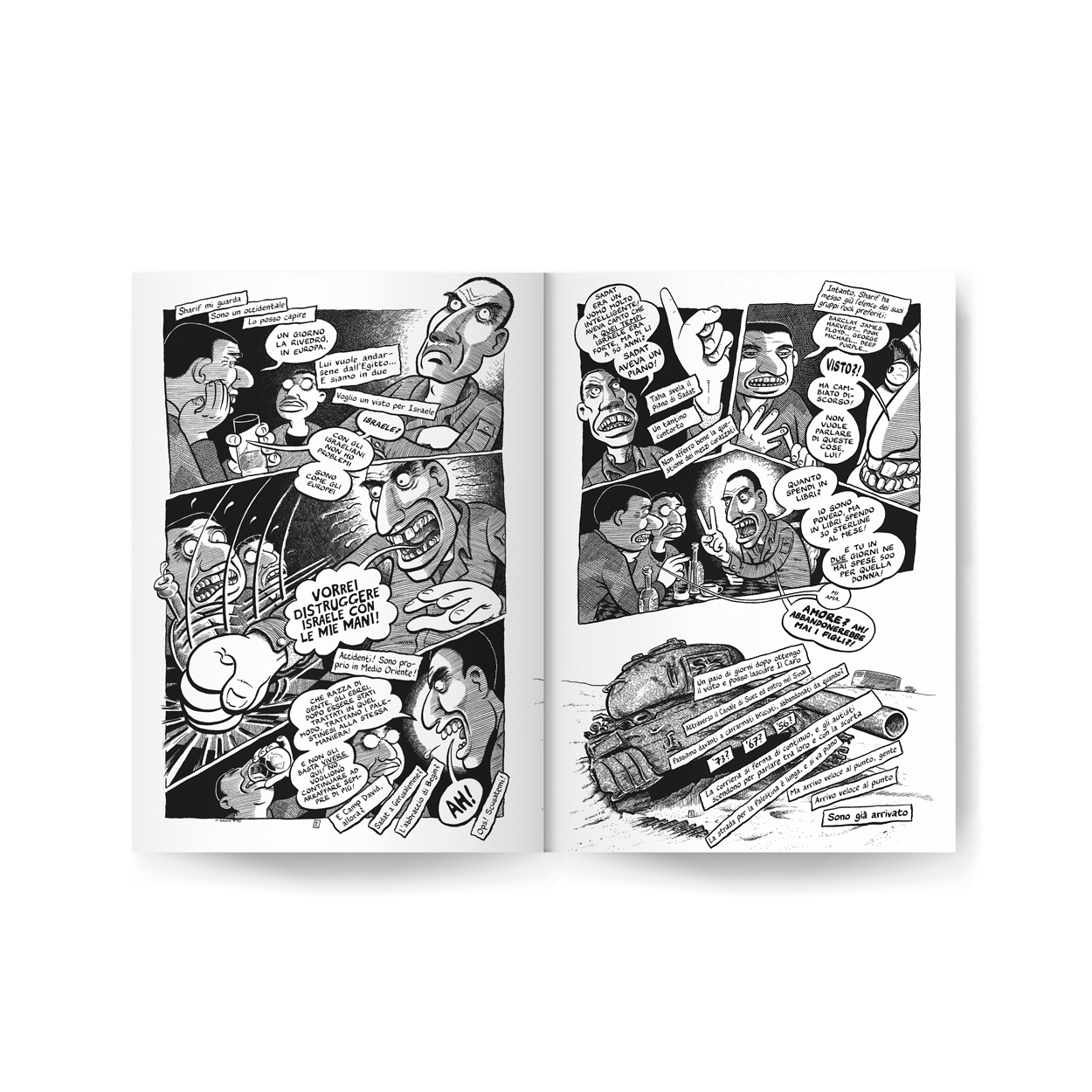 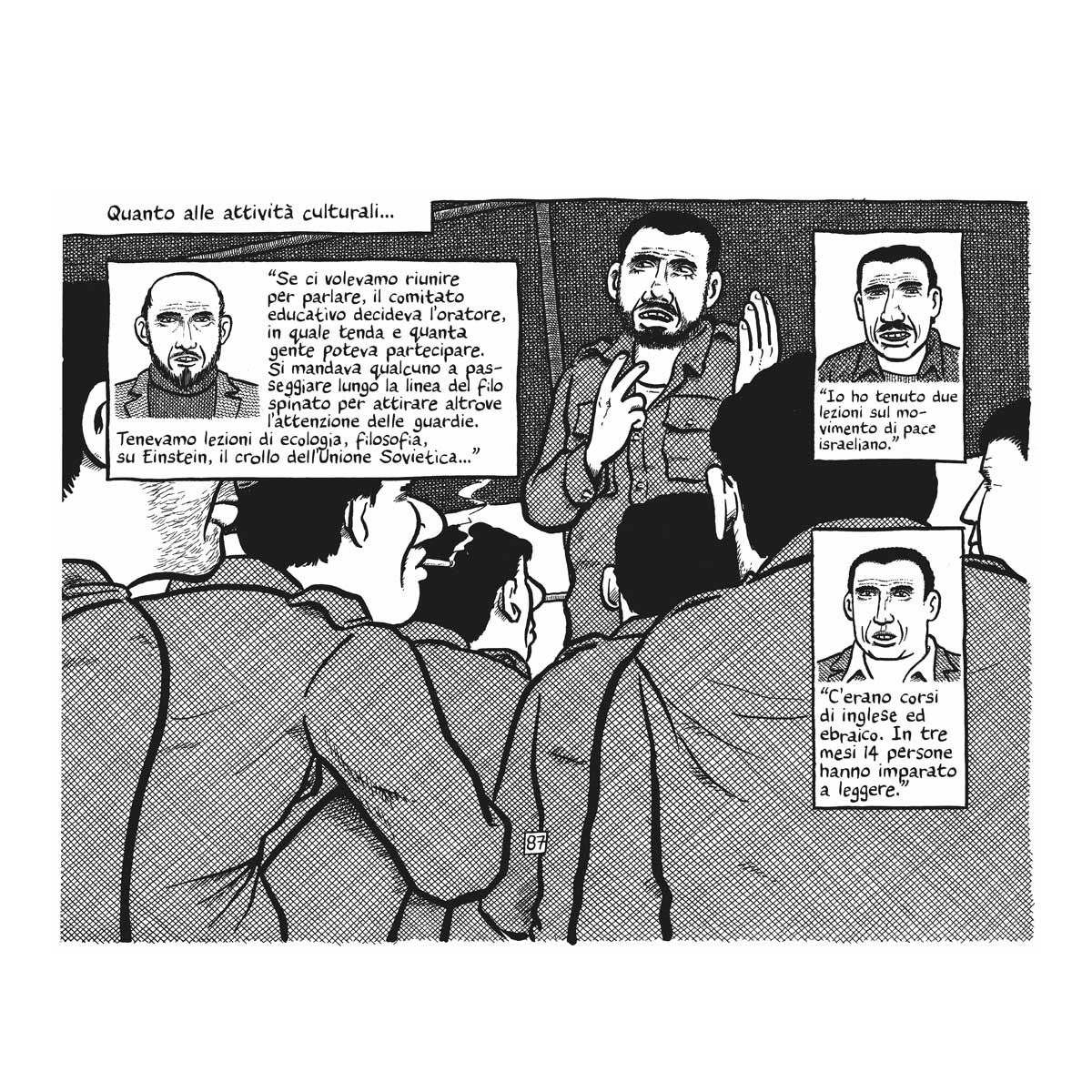